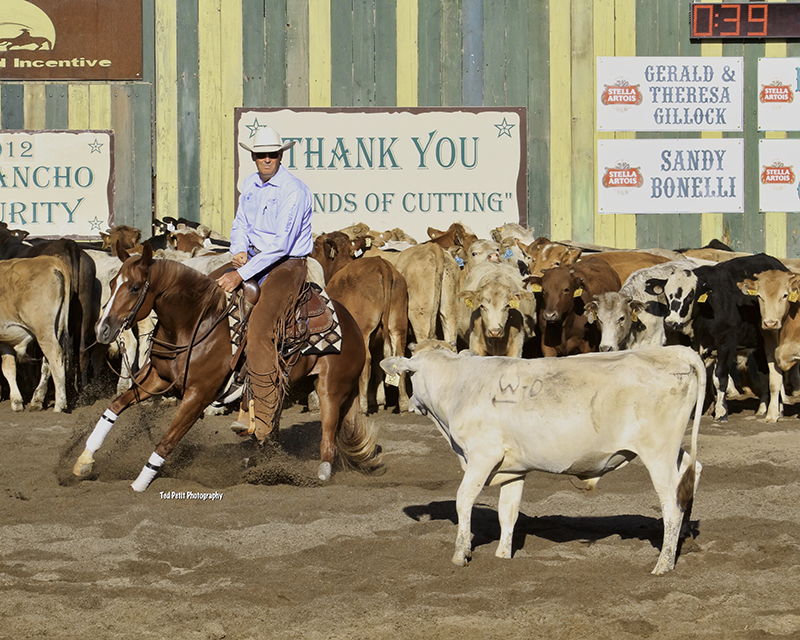 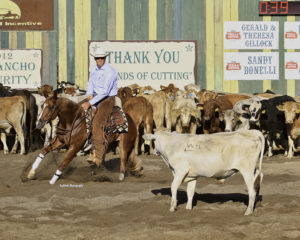 “Blondie” debuted with Smith, Temecula, Calif., at the South Point Futurity a month earlier and earned a Reserve Championship. While that was a success, finally securing his first win for the
Cowans meant a lot to Smith. “I couldn’t be more happy for the Cowans,” he said. “They’ve been customers for several years and if it could go wrong, it went wrong. We’ve had a running joke – the
‘curse of the Cowans’. They’re great folks. Maybe the curse is over.”

The talented mare who pulled the cutters out of their dry spell banked a total of $13,500 for her Futurity Open Championship, bringing her two-show Equi-Stat record to $20,908. “That’s a pretty good start,” Smith said, smiling. “This is a really nice mare and I think she’s one that can go on and compete. She’s got that extra gear.”

Smith openly admitted he couldn’t take all of the credit for how well-trained Smart N Special is so early in her career. After breaking his foot early in the year, he relied on Ryan Else, Payson,
Ariz., who starts the Cowans’ 2-year-olds. “He did the majority of the work on this mare,” Smith said. “I was laid up for three months, so I started riding her in June. I just tried not to screw her up, basically. He deserves as much credit as anybody.”

While Smith has had tough luck on Cowan horses, El Rancho has always been a good show for him. Since it began, he has picked up at least one Open Championship every year. What he has never accomplished before, however, is winning the Jerry Ward Open Incentive. “Jerry was a great guy – he was a friend of mine,” Smith said, tears welling in his eyes. “He left us way too soon.

It’s important for people to realize how important that is to this Futurity. I can’t say enough about what Carol Ward has done for cutting on the West Coast and by keeping the Incentive. That trophy means as much to me as the buckle.”