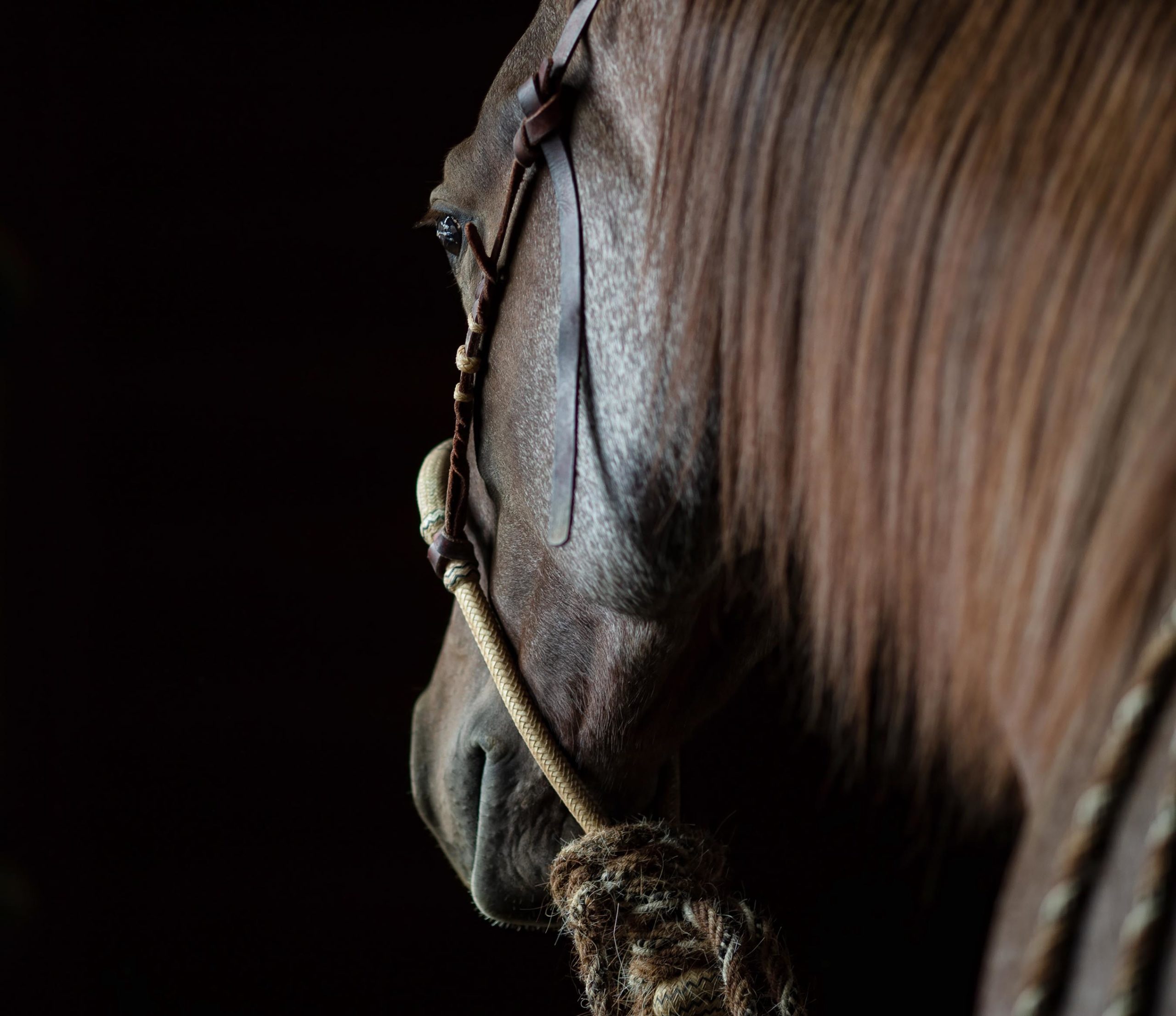 The NRCHA Hackamore Classic,combined with the Snaffle Bit Futurity schedule for the first time, sees explosive growth in entries and a huge come-from-behind win by Open Champion Raise A Smart Cat and Nick Dowers.

The National Reined Cow Horse Association’s Premier Event for hackamore horses, the Hackamore Classic, celebrates the training style of the traditional California Vaquero. Four- and 5-year-old horses are shown in the hackamore, the traditional bit-less headgear consisting of a bosal noseband usually made of rawhide or leather; and braided rope mecate rein. The customary mecate material is horse hair, but mohair or synthetics also are commonly used and legal in the show pen. Horses compete in a grueling three-event contest consisting of herd work, rein work and fence work, with a single go-round determining the champions in 10 different divisions for Open, Non Pro, Amateur and Non Pro Limited (herd/rein/boxing) riders. From 2012 through 2015, the Hackamore Classic was held at the Colorado State Fairgrounds in Pueblo, Colorado, but in 2016, the NRCHA Board of Directors voted to incorporate the event with the Snaffle Bit Futurity schedule in Reno.

“We felt the Hackamore Classic show by itself was struggling a little bit. There were so many things we talked about; location, time of year, and how to make it more accessible to everybody. We looked at the hackamore horse show class here [in Reno], which has always been a huge class, and thought about combining it with the Futurity,” said NRCHA President Todd Bergen. “We decided to try it, and that’s all you can do, to see if you can make it bigger and better.”

The result was tremendous growth in entries. A group of 70 open Hackamore Classic horses competed in Reno, up from 43 entries in 2015. The Non Pro grew from seven in 2015 to 38 in 2016, the Amateur jumped to a field of 22 from just five entries last year, and the Non Pro Limited division increased from seven entries to 12.

“We were really pleased with the growth,” Bergen said. “We worked hard on how to best fit the Hackamore Classic into the schedule.”

The Hackamore Classic Open herd work was the first order of business on the Reno schedule, with horses and riders competing in the bright fall sunshine of the Livestock Events Center outdoor rodeo arena. From there, the action moved inside later in the week for the rein work and cow work, with big paychecks at stake.

When leading NRCHA Professional Nick Dowers finished his herd work run on Raise A Smart Cat (WR This Cats Smart x Raise The Best x Mr Sun O Lena), the lackluster 206 score left the 2011 gelding far down in the pack of 70 competitive Open horses, and all but squelched Dowers’ hope of winning the championship for his owner, Bill Stevenson. After that rough start, Dowers set his sights on simply trying to earn a paycheck in the Hackamore Classic, and qualify for the Open Hackamore horse show class finals.

“My goal was to just come back, have two really clean runs in the rein and fence work and make the horse show Hackamore finals. That was the goal. I thought if I had two good runs, I could probably squeak out a check in this [the Hackamore Classic], and make the finals,” the Dyer, Nevada horseman said.

However, Raise A Smart Cat (Home Bred Wagonhound Land & Livestock) seemed to have other plans. He came roaring back from his herd work deficit with a 224 in the rein work and a 228 in the fence work—the high score of both events—to win the Hackamore Classic Open Championship.

“As soon as we started loping in for our reining pattern, I thought, ‘He’s on today.’ He can really be awesome.

We’ve had some good runs this year, but today he was extra tuned-in mentally, and that led to our good reining. As soon as the cow came out in the boxing, I could tell he was crisp and sharp. That cow was kind of funny. In the boxing, it headed and stopped really easy, but once it went down the fence, I literally had to force-turn it and make it do what I wanted,” Dowers said.

Raise A Smart Cat was more than happy to prove he could handle a rude bovine.

“That’s like his thing. He loves a cow that’ll push on him and he can push back. He likes to get in there and bang around,” Dowers said.

The Hackamore Classic Championship paid $14,094 and came with a Scottsdale Saddlery Custom Saddle, a Gist buckle, CINCH jacket, and a custom sheet from Classic Equine.