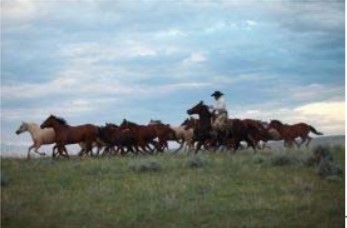 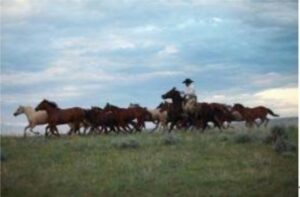 Jerry Black, who heads CSU’s Equine Sciences Program, holds the new Wagonhound chair. In this position, Black has discretion to use annual proceeds from the invested donation to fulfill a variety of needs that support program development and student learning.
Program’s first endowed chair

“The CSU Equine Sciences Program is absolutely among the best in the country, and that kind of excellence does not come free. We want to do what we can to maintain a program that benefits us and others in the agricultural community,” Art Nicholas said of endowing the program’s first chair. “It’s gratifying to be able to help.”

Begun in 1986, the CSU Equine Sciences Program was the first at a land-grant university to offer a four-year equine-science degree. Nearly 400 undergraduates from 39 states and several international countries are annually enrolled.

Many graduates go on to study veterinary medicine, or to work in a variety of roles within the horse industry. The industry, which involves more than 4.5 million Americans, has an economic impact of about $102 billion each year in the U.S. economy and nearly $1.6 billion in Colorado alone, according to the American Horse Council.

The CSU Foundation will invest the Wagonhound gift; earnings from the investment will provide a continual stream of operating funds for the Equine Sciences Program, estimated to be some $70,000 per year.
Funds used to assist students

In the near term, funds likely will be used for needs such as classroom and riding-arena upgrades, graduate student assistantships, the CSU horse-judging team, guest instructors, and an expanded outreach initiative that would provide more research-based equine information to the public. 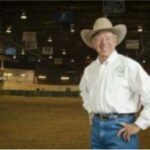 “We are graduating students who are highly educated and very well-trained,” said Black, a longtime equine veterinarian who began a second career in 2010 as director of undergraduate programs for CSU Equine Sciences. “I consider it a success if these students find their dreams in animal agriculture.”

Black and Art Nicholas both grew up with horses on Western cattle ranches, and both realized their dreams by following horses into agriculture.

Black earned a degree in veterinary medicine from CSU in 1971, and for more than three decades ran an equine veterinary practice in Oakdale, Calif., specializing in work with cutting and reining performance horses. Black and Nicholas became friends and colleagues through their horse connections. In 2010, Black returned to his alma mater to head Equine Sciences and to help prepare a new generation of horse specialists.

Art and Catherine Nicholas, owners of Wagonhound Land and Livestock, have supported the Equine Sciences Program for several years. (Photo by Rahul Misra.) 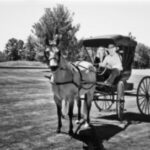 Art and Catherine Nicholas, owners of Wagonhound Land and Livestock, have supported the Equine Sciences Program for several years. (Photo by Rahul Misra.)

“It is very meaningful for our Equine Sciences Program to have the endorsement and generous support of Wagonhound Land and Livestock,” said Craig Beyrouty, dean of the College of Agricultural Sciences, which oversees Equine Sciences. “Through their successful working ranch and success in the performance arena, Art and Catherine model a rewarding connection to horses that’s at the core of our heritage and our future.”

Art Nicholas said he hopes his gift will help nurture among equine students a broad appreciation for what horses can help humans to accomplish. Through Wagonhound, the Nicholases also have supported student scholarships and a yearly student horsemanship competition at CSU.

“All of us who work at Wagonhound have a passion for preserving the values and heritage of the American West and the associated role of the horse,” Nicholas said. “Yet the impact of the horse goes beyond ranching and the settling of the West. Even in our technology-driven society, horses will continue to be an important part of our collective future.”