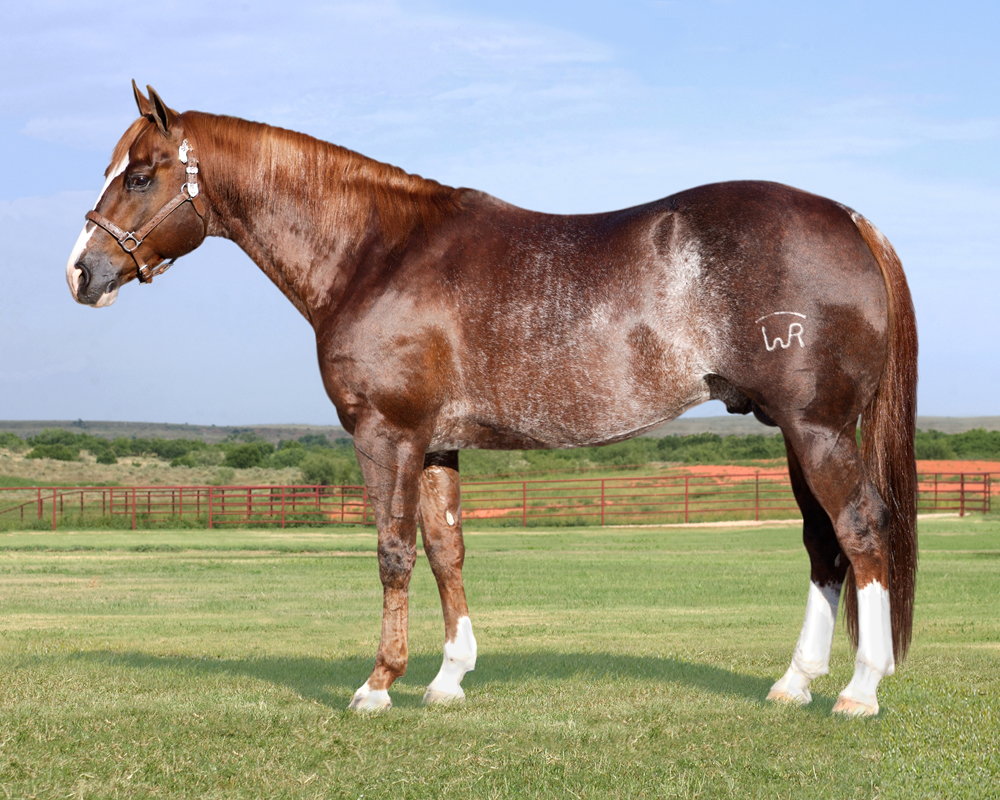 Suspecting the horse’s potential for greatness early on, West Coast cutting trainer Tim Smith, who showed WR This Cats Smart throughout his career, talked the horse’s original owner out of gelding him before he hit the show trail. Many owners of horses sired by the stallion are benefitting from that early decision.

Bred by Wiens Ranch, Sedalia, Colo., and now owned by Wagonhound Land & Livestock, Douglas, Wyo., he’s already proven himself as quite a sire.

Third on last year’s list, WR This Cats Smart, who earned $236,474 during his own cutting career, moved up to second this time thanks to three offspring – Teles Bout This Cat, This Kats Kool and This Isa Stray Cat – who have each already topped $100,000 as cutting earners.
Several more are poised to join them soon.

Horses sired by WR This Cats Smart (High Brow Cat x The Smart Look x Smart Little Lena) have also established themselves as consistent performers whether their trainers or their owners are in the saddle.

Teles Bout This Cat, an earner of more than $160,000 heading into her 6-year-old season, secured National Cutting Horse Association (NCHA) Non-Pro Horse of the Year honors as a 4-year-old while ridden by owner Cody Hedlund. They earned $114,043 in 2011, after Teles Bout This Cat had debuted in late fall of her 3-year-old campaign with a fifth-place finish in the 2010 NCHA Futurity Non-Pro.

This Kats Kool, a 6-year-old mare, carried Livermore, Calif., resident Donna Flanigan to $48,168 in earnings, and headed into 2013 with $115,130 earned. She’s been a consistent Open and Non-Pro finalist since her 3-year-old season.

This Isa Stray Cat has also consistently earned money as an Open and Non-Pro horse. The gelding headed into this year with $102,631 already earned with four different West Coast based riders sharing time in the saddle.