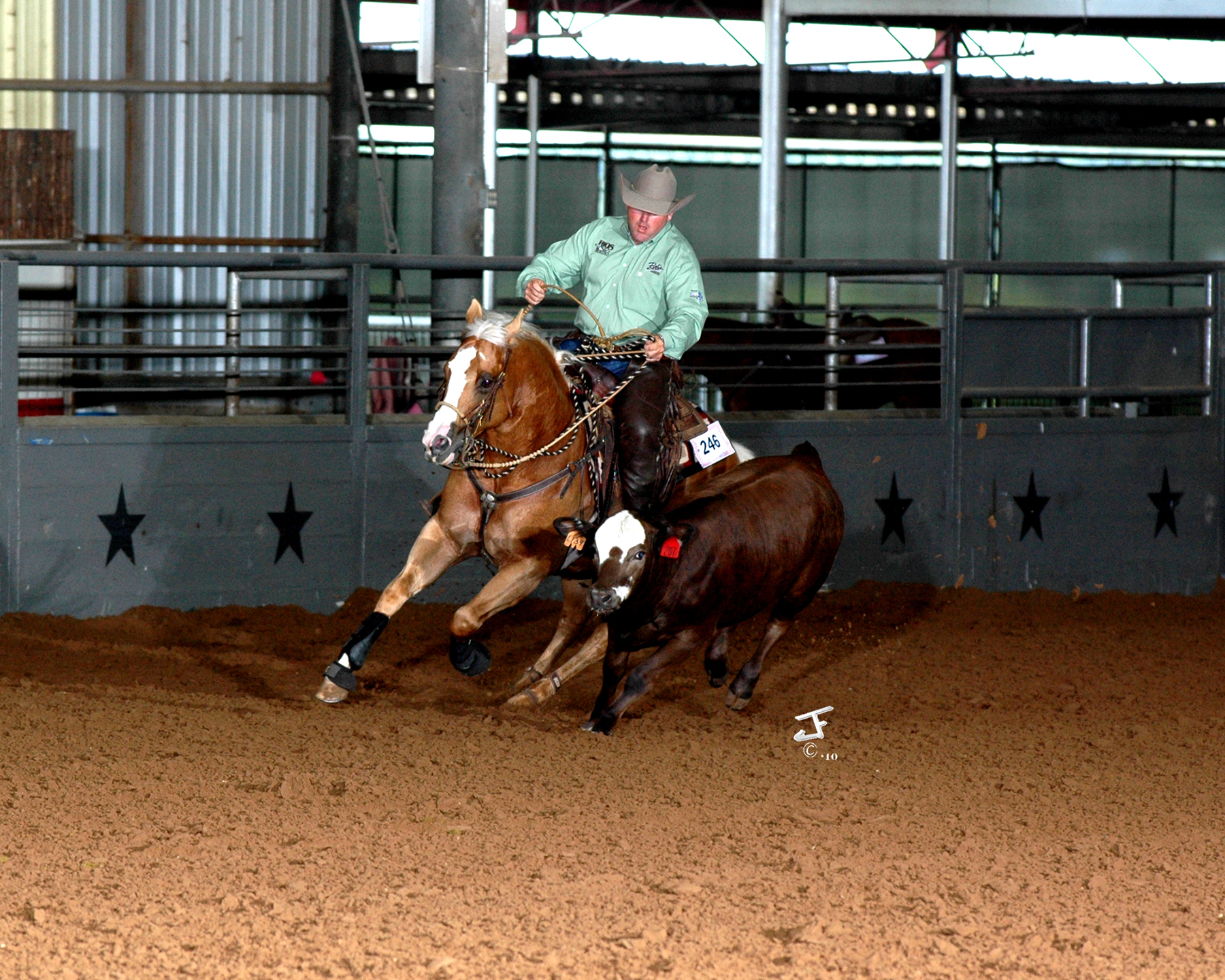 The rein work was first, and McLaughlin and the flashy palomino stallion executed a run that resulted in a 221. Soon, that was supplemented by a 215.5 in the cow work to garner the Championship.

“He was really good today; he was right on. I didn’t draw the cow I needed. This one was a little numb, but “G-Man” [Genuine Masterpiece] made it work,” said McLaughlin.

McLaughlin and G-Man have qualified for the finals at every major event they’ve entered. Recently, they were the 2010 American Quarter Horse Association Junior Working Cow Horse World Champions and were eighth in the Junior Reining. But just days later, the 6-year-old stallion underwent colic surgery and wasn’t ridden until just a week before making the trek to San Angelo. “This finals cow work was only his second since the World Show, and the preliminary run was the first!” McLaughlin said. “We swam him after the surgery so he was in shape. He’s a good soul.”