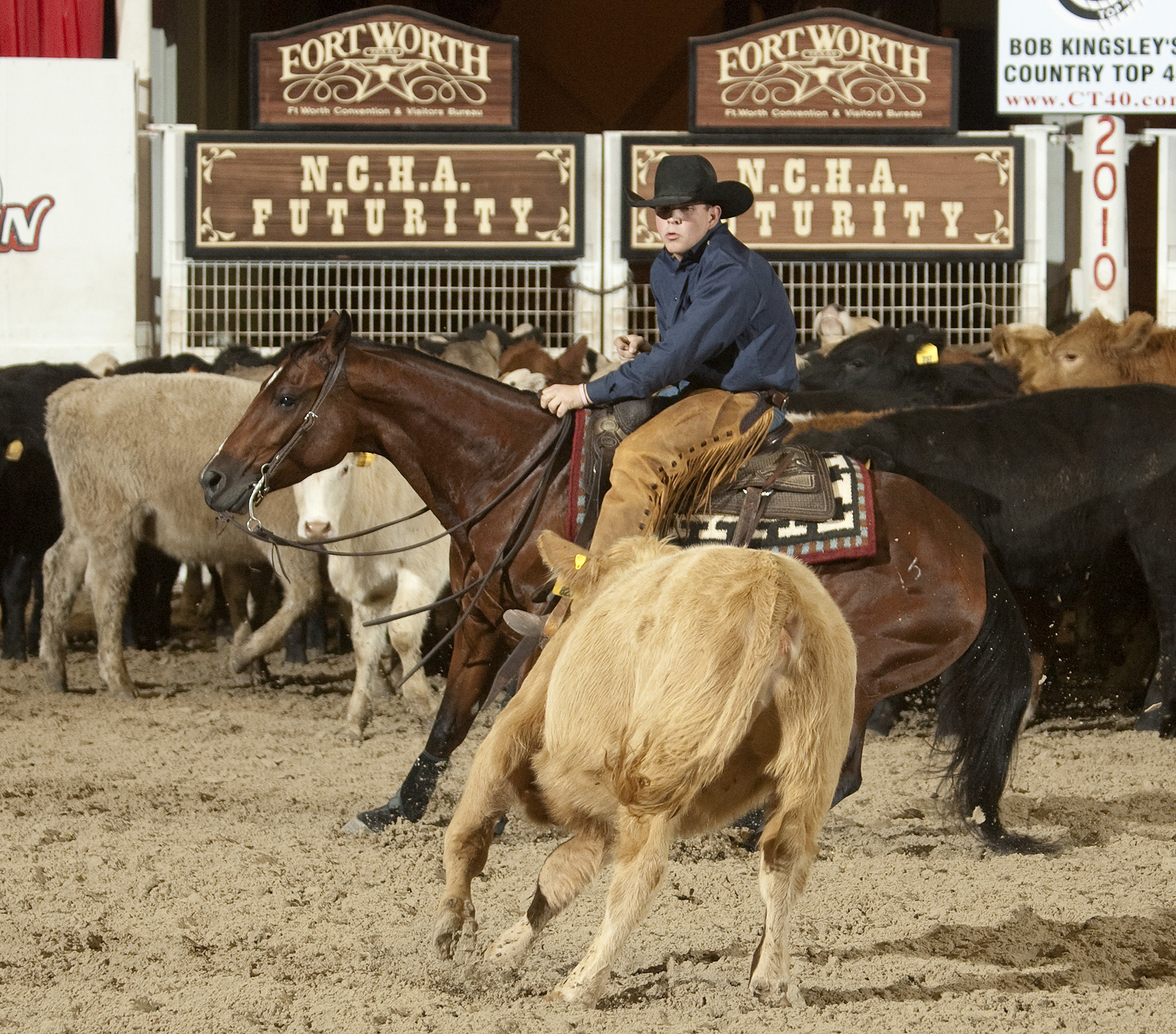 Cody Hedlund gave his dad the best birthday present a son could give a trainer father – winning the Super Stakes Non Pro cutting tile Saturday night in Fort Worth on a homebred horse. Riding first to the herd in the 20-horse finals, he marked a 217 with his 4-year-old mare Teles Bout This Cat (WR This Cats Smart x Teles Lies x Lenas Telesis) to win the championship and $21,613.

Hedlund, the son of cutting trainer Rock Hedlund and Non-Pro rider Landy Hedlund, Acampo, Calif., and Teles Bout This Cat had placed fifth in the Non-Pro finals at December’s NCHA Futurity in Fort Worth. The duo also reached early 2011 Non-Pro finals at the Abilene Spectacular, the Augusta Futurity and the Bonanza Cutting.

Cody Hedlund turned 21 during the three-week Super Stakes event. He used his 10 years in the show pen to overcome the first-hole finals draw.

“I didn’t really care. I was just glad to be in the finals,” Hedlund said. “I had a little heck the first go, so I just wanted to cut smooth and hope for the best.”

After setting up his run with two good cows, he took the advice of his help to be smart and smooth as he turned around to get his third one.

“I had a couple of cows on the edge that I knew what they were. I’d seen that yellow cow and I just tried to get behind her to drive her out and there was a little traffic, so I just tried to be as smooth as I could because I didn’t want it to ruin anything.”

Winning in Texas has been a part of a plan Hedlund started to put in place when he moved from his home in Acampo, Calif., to Weatherford, Texas, in the summer of 2008. He moved to Texas after earning National High School Finals Rodeo Boys Cutting titles to conclude three of his four high school seasons.

“I’ve dreamt about coming back here and showing against the big dogs for a long time and I was just happy to be here and happy it worked out the way it did,” Hedlund said.

Though show commitments in California kept dad Rock from attending the finals, his mom Landy flew to Fort Worth for the semifinals and the finals.

“Mom and dad are both the best parents I could ever ask for,” Hedlund said.