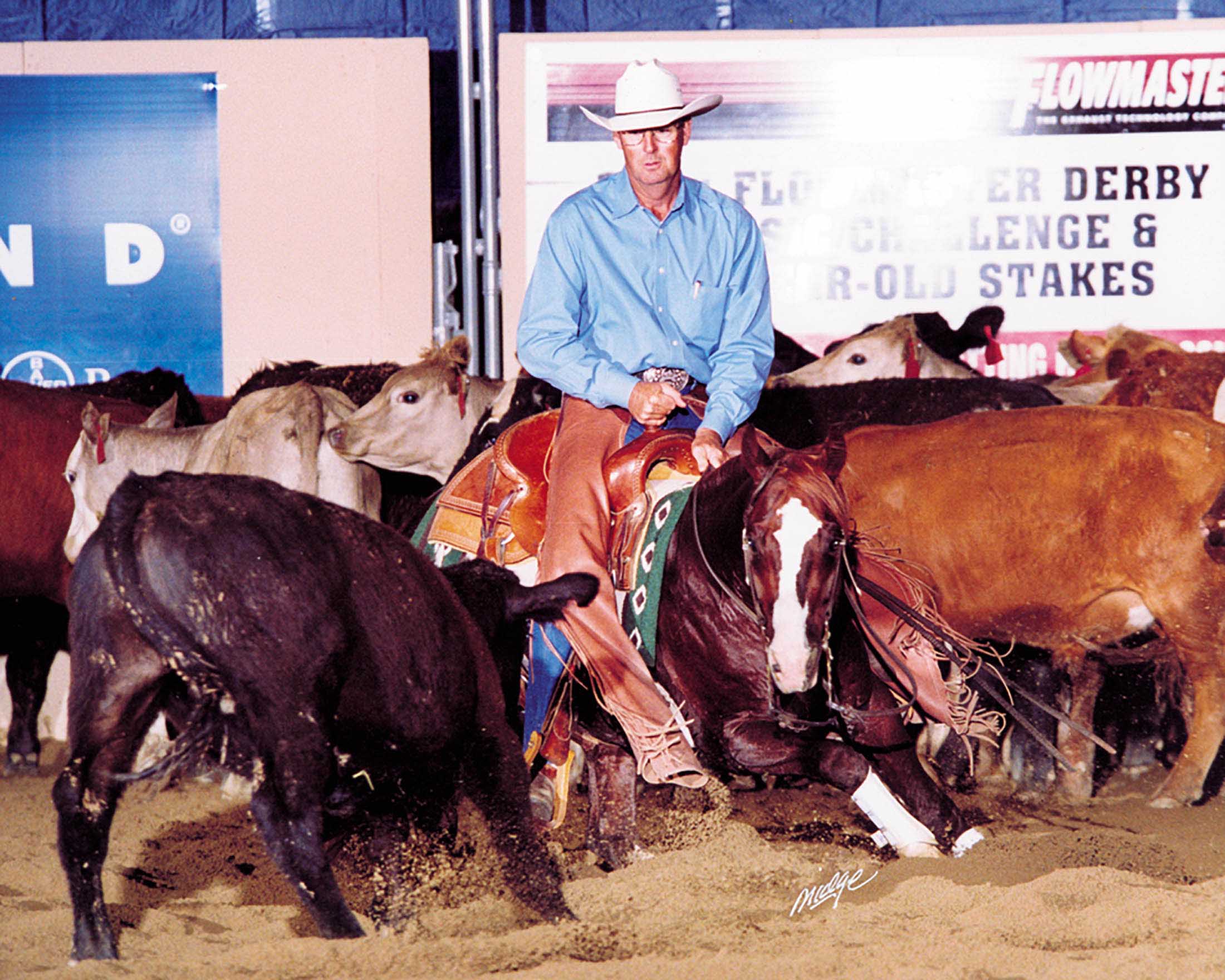 Two top horsemen talk about the factors they use when deciding whether or not to geld a young prospect.

Cool, November air surrounded cutting horse trainer Tim Smith as he sat in a round pen at the home of friend and fellow trainer Phil Rapp in Weatherford, Texas, almost 12 years ago. Smith, from Temecula, Calif., was in Texas to catch ride for Rapp in the 2002 National Cutting Horse Association (NCHA) Futurity. The pair was working horses and Smith was about to watch Rapp ride a then 3-year-old horse named WR This Cats Smart (High Brow Cat x The Smart Look x Smart Little Lena), which had been trained throughout his 3-year old year by Scott McClurg, of Lipan, Texas.

Wiens Ranch, of Sedalia, Colo., bred the sorrel stallion and owned him at the time, and due to a paperwork error, he would miss out on being shown in that year’s Futurity. McClurg had originally intended to bring the horse to Rapp’s to practice, but after the mix-up was discovered, he had been given the go-ahead to sell him. As Smith sat watching from a turn back horse, he quickly recognized the stallion’s exceptional talent.

“I saw him and I thought, ‘That’s a good looking horse.’ He moved like he was on glass,” Smith said. “Scott worked him on a cow, and he was great. Phil got on him and he asked him for a little bit more, and he went from second gear to sixth gear. I was about 10 feet away, but I could see the look on Phil’s face. I said, ‘Stop. I’m going to buy him.’”

The chance meeting with Smith and eventual purchase would soon unfold into a pivotal decision for what is now a top 10 sire in the reining and reined cow horse junior stallion statistics, according to Equi-Stat. Smith was purchasing “WR” for Don Dubin, of Bonsall, Calif., a client of his. Like many horsemen, Dubin prefers the behavioral characteristics of a gelding, particularly in a hauling scenario. So, they purchased WR This Cats Smart with the understanding that Dubin would potentially have the stallion castrated.

Tim Smith saw enough potential in a young WR This Cats Smart that he convinced then-owner Don Dubin not to geld the 3-year-old stallion. Today, WR This Cats Smart has offspring earnings of more than $5 million. Photo Credit Don Shugart

“We were basically a week away from gelding him,” Smith said. “Then, I took him to a small derby and won it on him. I told Don, ‘This might be an even better horse
than I thought he was. Let’s hold off a little bit on cutting him.’”

Dubin would go on to sell WR This Cats Smart, a 1999 stallion now owned by Wagonhound Land and Livestock of Douglas, Wyo. He stands at the Four Sixes Ranch in Guthrie, Texas, and his foals have since generated an estimated $5 million in earnings. Smith, who is one of the top 10 riders in the NCHA and a career winner of more than $5.3 million, had the experience to make a definite talent call in WR’s case. If not for Smith’s consideration, WR This Cats Smart would certainly have had a very different career.

While scenarios of this kind don’t often result in a top-producing sire, there are certainly special colts born every year that deserve a little more consideration as stallion prospects. Whether trainers and breeders are assessing colt crops or analyzing young horses at various stages in their training process, there are a multitude of characteristics to consider as they contemplate which horses have what it takes to sire the next generation. So, how do some of the performance horse industry’s top trainers and breeders make those calls?

In Smith’s case, his experience honed in on an element that has become particularly important to him throughout the years when addressing whether a stallion should remain a stallion – an extensive capacity for concentration. Smith said that even as a 3-year-old, WR displayed a great deal of ability to focus on his task at hand.

“If they are good-minded and have that level of mental capacity, I think that is really and truly what separates the horses that have the potential to be a breeding horse,” Smith said. “There is nothing better than showing a good stud, and there is nothing worse than being around a bad stud. But very few deserve to be a stallion.”