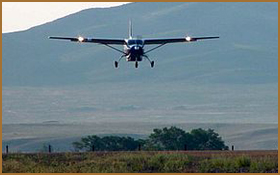 Commercial Air Travel: Click here for the Natrona County Airport in Casper, Wyoming. It is approximately an hour’s drive from the ranch.

Click here for Denver International Airport, which is about four hours from the ranch.

Wyoming State Fairgrounds in Douglas is available for Campers, RV’s, and horse trailers.
Water and electricity is available for hook-up. Site is approx. 15 miles from horse sale. Please contact Dustin Ewing at (307)351-0315 or dewing@wagonhound.com to reserve a site.
$25/night

Wyoming Pioneer Memorial Museum – houses the state’s finest collection of Indian and pioneer artifacts both civilian and military, including one of the first school houses built in Wyoming and a tepee from the “Dances with Wolves” movie. Located in Douglas.
FMI 307-358-9288

Douglas Railroad Interpretive Center – is the home of the FE & MV Railroad Passenger Depot, which is a historic standpoint, was an important building in Douglas that helped to establish the town of Douglas. The site features seven historic rail-cars open year round.
FMI 307-358-2950

Jackalope Square – The town of Douglas is known as the “Home of the Jackalope.”  the square is open year round for family pictures with this statue of the Jackalope… half jackrabbit and half antelope! FMI 307-358-2950
First Fatality of the Great Migration – Joel Hembree from Tennessee, died at the age of 6 years old by “falling off the wagon tongue and wagon rolling over him.” On July 18 between Bed Tick and Le Prele Creek, the young boy was documented to be the first death of the 1843 migration on the Oregon Trail.
FMI 307-358-2950
Morton Mansion – this Queen Anne style home which was very popular in the 1880-1890s, operates as a Bed and Breakfast Inn in today’s Douglas, showing off its “turn of the century elegance” with ornate woodwork, hardwood floors, and intricate wallpaper.
FMI  307-358-2129

College Inn Bar– holds the distinguished place in American Saloon history. Built to accommodate customers in style. Furnishings and fixtures with the highest quality in mind – including an intricately carved mahogany back bar with a marble slab top and ornate, free standing mahogany arches define this establishment as the oldest business in Douglas history to have operated from the same location.  Though the sleeping rooms are no longer in use, many original fixtures and vintage decor remain the same.
FMI 3074-358-9976

Italian Prisoner of War Murals – these painted murals on the walls in the officer’s club at the Douglas interment camp which is now the Douglas International Order of Odd Fellow Lodge No 15, depicts the POW’s impression of the American West. The original camp was built in 95 days and consisted of 180 temporary buildings on a 687 acre tract of land in southwest Douglas.
FMI 307-358-2950

LaBonte Hotel – named for the first settler in Converse County, the hotel was promoted within the region to motorists traveling the new Yellowstone Highway. The building has been in use as a hotel since its inception, and is crowned with a sizable reproduction of a Douglas “Jackalope.”
FMI 307-358-4343